Choir rehearsals are back! 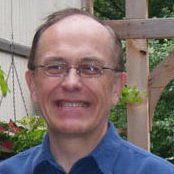 Mr. Hatwich has been and continues to be inspired and enriched by participating in classes and workshops led by significant leaders in organ and choral music, such as: Anton Heiller, Marie Claire Alain, Helmuth Rilling, Sir David Willcocks, John Scott, Simon Preston, Gillian Wier and Paul Jacobs.

Wayne sings with the community group Camerata Emanon Singers, and has served as Chairman of the Board of Directors for that organization. He also serves on the Executive Committee of the Rockford Chapter of the American Guild of Organists as newsletter editor.

Mr. Hatwich is retired from his former position as healthcare information system consultant for Healthcare Performance Group, and from his previous position as administrative pharmacist at Rockford Memorial Hospital. Gardening, travel, music and family consume and enrich his time. 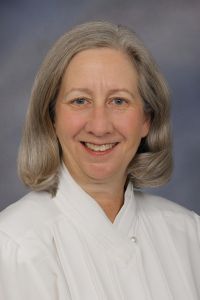 
Trish Rooney is thankful to have shared the Music Ministry responsibilities with Wayne Hatwich since 2008. A cradle Episcopalian, she has also served in United Methodist and Presbyterian congregations. She is an active volunteer with the Rockford Chapter of the American Guild of Organists, the Rockford Chapter of Guitars for Vets, the Beta Gamma Chapter of the Delta Kappa Gamma Society International, and Emmanuel Guild. She began choral accompanying as a student at Rockford West High School, and continued throughout her educational career at Rock Valley College (AA), Rockford University (BFA) where she was introduced to the organ by Marsha Foxgrover, and the University of North Texas (MME). Trish has been active in the musical life of the Rockford community in many varied positions: Elementary Music Specialist for the Rockford Public Schools, adjunct faculty member at RVC and RU, and accompanist for many local organizations including Bach Chamber Choir, Camerata Emanon, Kantorei-the Singing Boys of Rockford, Rock Valley Children’s Choir, and Rock Valley College Starlight Theatre. She continues to be amazed by and thankful for the power of God’s love as shared by the Emmanuel congregation.