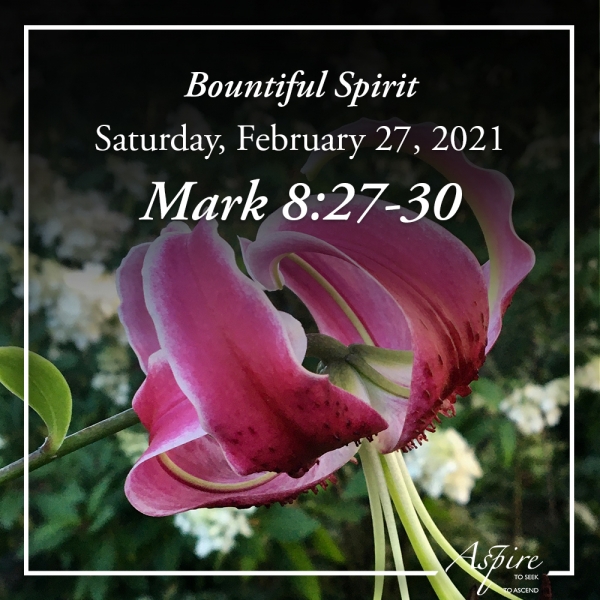 Mark 8:27-30
Peter Declares That Jesus Is the Messiah

Jesus and his disciples went on to the villages around Caesarea Philippi. On the way he asked them, “Who do people say I am?” They replied, “Some say John the Baptist; others say Elijah; and still others, one of the prophets.” “But what about you?” he asked. “Who do you say I am?”

Peter answered, “You are the Messiah.”

Jesus warned them not to tell anyone about him.

Apparently, many people had seen Jesus and had tried to find out who he was. People seemed to have heard of some of the miracles he had performed. They guessed he was a prophet or someone of whom they had heard. When the disciples told Jesus what was being said, he warned them not to tell anyone that he was the messiah. He must have wanted to quietly go about healing and saving those in need of help. He also told the blind man not to go into the village, but to go home after his sight was restored.

That may be a lesson for us, to do good things for others without seeking publicity and praise.