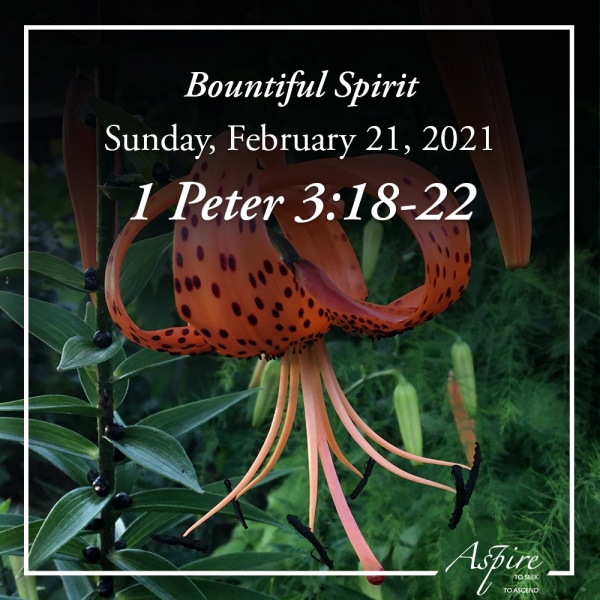 For Christ also suffered for sins once for all, the righteous for the unrighteous, in order to bring you to God. He was put to death in the flesh, but made alive in the spirit, in which also he went and made a proclamation to the spirits in prisonwho in former times did not obey, when God waited patiently in the days of Noah, during the building of the ark, in which a few, that is, eight persons, were saved through water.

And baptism, which this prefigured, now saves you--not as a removal of dirt from the body, but as an appeal to God for a good conscience, through the resurrection of Jesus Christ, who has gone into heaven and is at the right hand of God, with angels, authorities, and powers made subject to him.

Too often we characterize forgiveness as the final stage following an act of wrongdoing. However, true forgiveness, where the wronged chooses to no longer harbor anger towards the wrongdoer, actually marks the beginning of a new phase of being between the wronged and the wrongdoer - a phase of reparations where the wrongdoer must repair the relationship. One must demonstrate understanding of how actions and decisions create harm and dedicate oneself to a new pattern of behavior. When God chose forgiveness through water and Jesus, he gifted us the opportunity to alter our consciousness and commit to virtuous action. Our phase of reparations requires us to prove to God our altered course through prayer, devotion, and our daily kindnesses to each other.